TRUST IN GOD WITH ALL THINE HEART

NEVER USE THE WORD CAN'T. IT STARTS WITH BELIEF IN SELF

OUT EARN THE PROBLEM. THERE IS A SOLUTION TO EVERY ISSUE

Born in a Salvation Army, in the city of Philadelphia, PA, Dream was born to a teen mom named Charrise Higgins. Realizing that she was unable to provide for her son, she later displayed unselfish act of love and gave him up for adoption. The parallels surrounding his existence would be revealed to him years later.

​
In early childhood, Dream had become accustomed to a life of struggle. His constant need for food, shelter, and love was a sense of normalcy for him. He bounced in and out of shelters and foster homes. This changed, somewhat, when his mother met his stepfather and fought to get him back. The family still struggled, however, in a life of poverty. Homeless shelters and subpar living conditions eventually forced the family to move to Dallas, TX.

Living this way led an epiphany for Dream that changed his entire perspective. He came to understand that HE had the power to change his circumstances. He obtained a work ethic like no other and vowed to find a way to change his life. 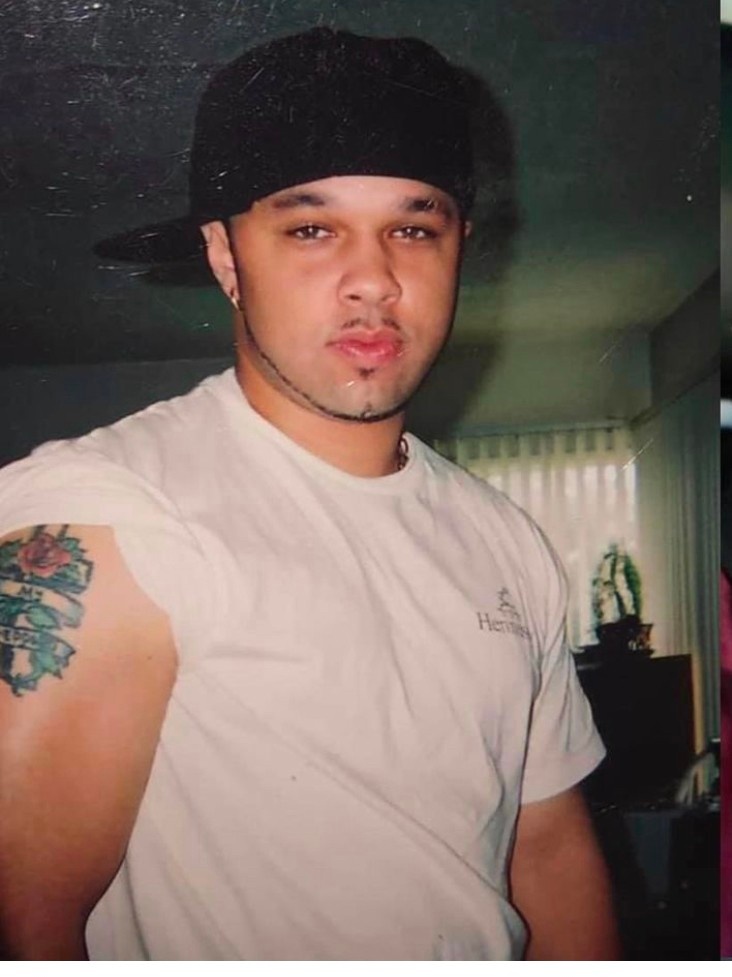 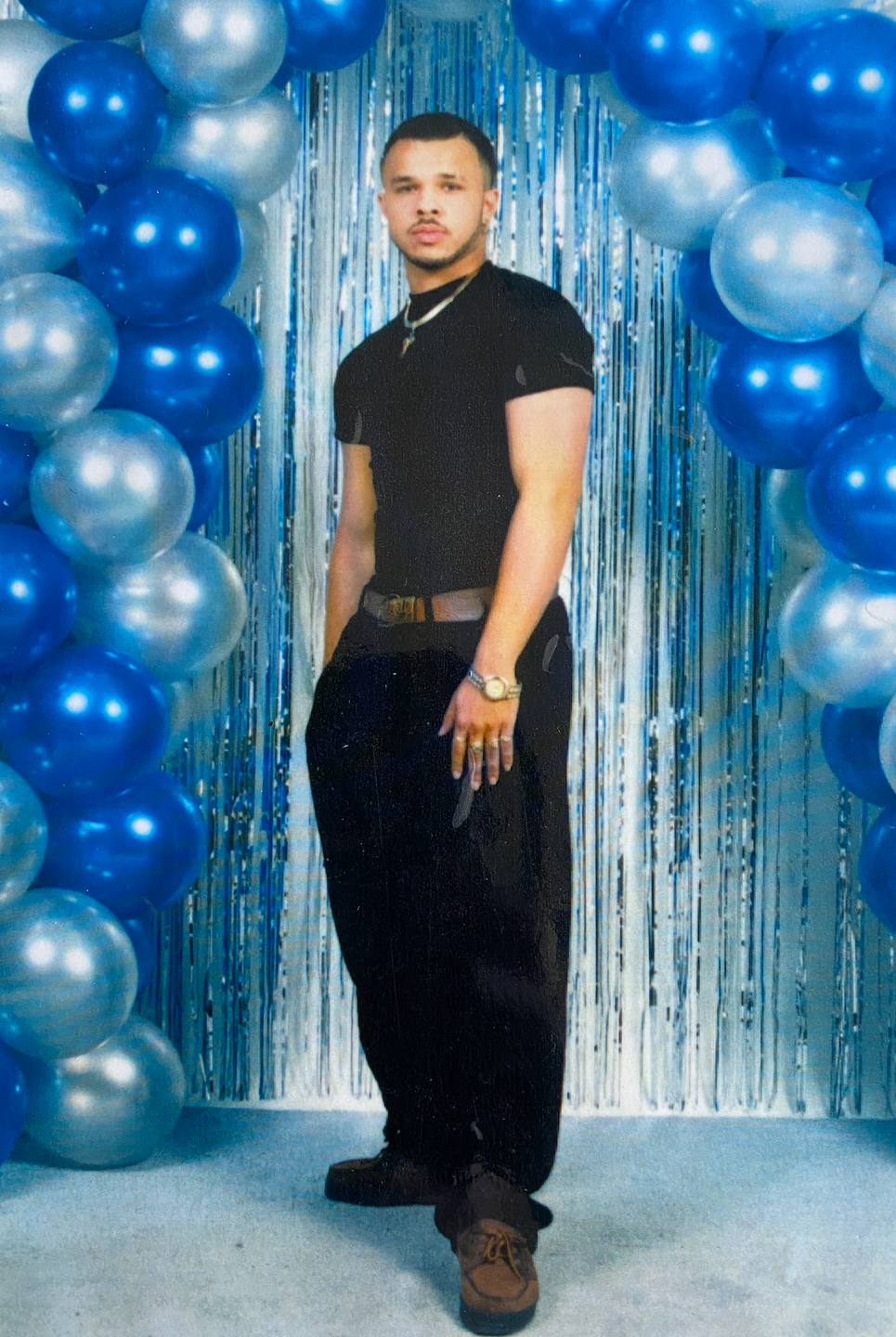 Dream attended Skyline High School in Dallas, TX. As a drum major, Dream became well known for his love of music, ability to entertain, and bringing others together. Capitalizing on his popularity, he decided to throw a party. Hoping for a decent turnout, Dream had no idea what he created. A line out of the door and around the corner set the stage for what would be his first foray into entrepreneurship, Dream Entertainment.

Dream Entertainment was formed in 1997 and changed the scope of the youth party scene in Dallas. In collaboration with his friends, it became known as the one of the premier organizations for marketing, promotions and entertainment in the city. As a young adult transitioning into his manhood, Dream would take the world by storm with his giving spirit and his Hustle & Grind mentality. He never realized that it would actually become his very own brand.

On top of the world with a thriving entertainment business and the birth of his beautiful daughter in 2001, Jada (the inspiration for DMU), Dream was unstoppable. But, on January 5, 2013, life as he knew it would forever change. His mother, number one supporter, and first love passed away from lung cancer. Dream, once again, felt abandoned and alone like the boy from his childhood. Dream struggled to find his purpose again after suffering such a devastating loss.
​
In November, Dream wed his best friend. She became his support system, partner and mother to their beautiful son Joaquin Jr, but there was still a gaping hole in his heart. Something was missing. Not knowing how this would change his life, a friend of Dream sent him a motivational message recorded by Dr. Eric Thomas, world renowned speaker, educator and pastor. After watching the video, seeing the message, and binge watching all of Thomas' other videos, he made up in his mind that it was his calling to become a motivational speaker as foretold by his mother before her passing. It was not happenstance that Dream got the opportunity to personally meet Dr. Eric Thomas shortly after, and Dream Motivates, the force, was born. 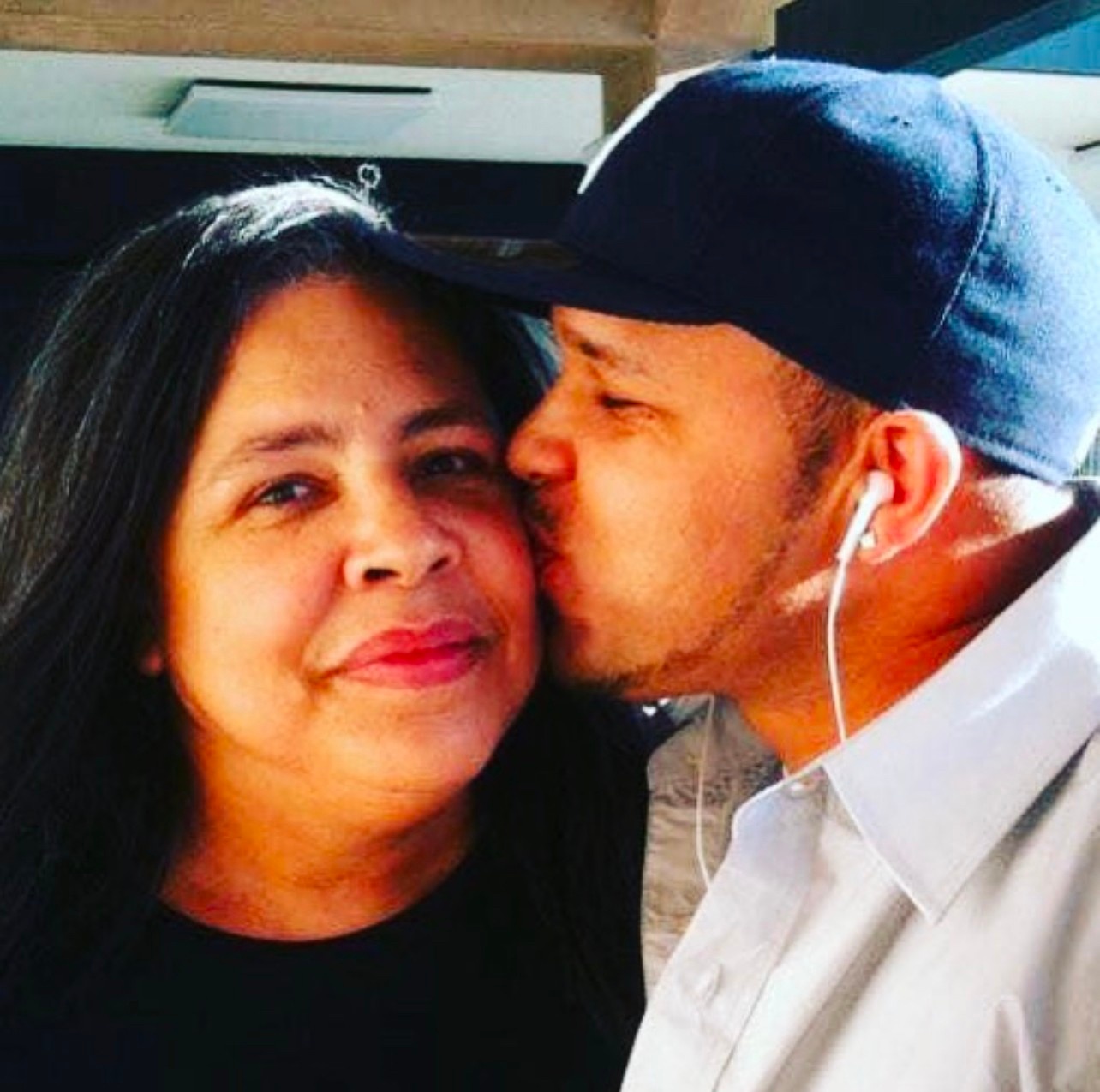 Dream is now a Dr. Eric Thomas CERTIFIED, motivational speaker who is known around the nation. His logo of capital letters “DM” is branded on his personal apparel line that features fashionable and trendy gear like the “Hustle & Grind” sweatsuits which are popular among all generations, and the “Moms Don’t Quit” shirts that are worn by moms all over the US. Dream continues to do his work as a motivational speaker in his community and is finishing his soon to be released book entitled “Out Earn the Problem.”
​
Dream so candidly refers to as his Ph.D. in life, which stands for poor, hungry, and determined. He made the best of his circumstances by out-earning the problem instead of making excuses. That has become his purpose - sharing his story and the knowledge he has gained with anyone who will listen, apply, and execute. 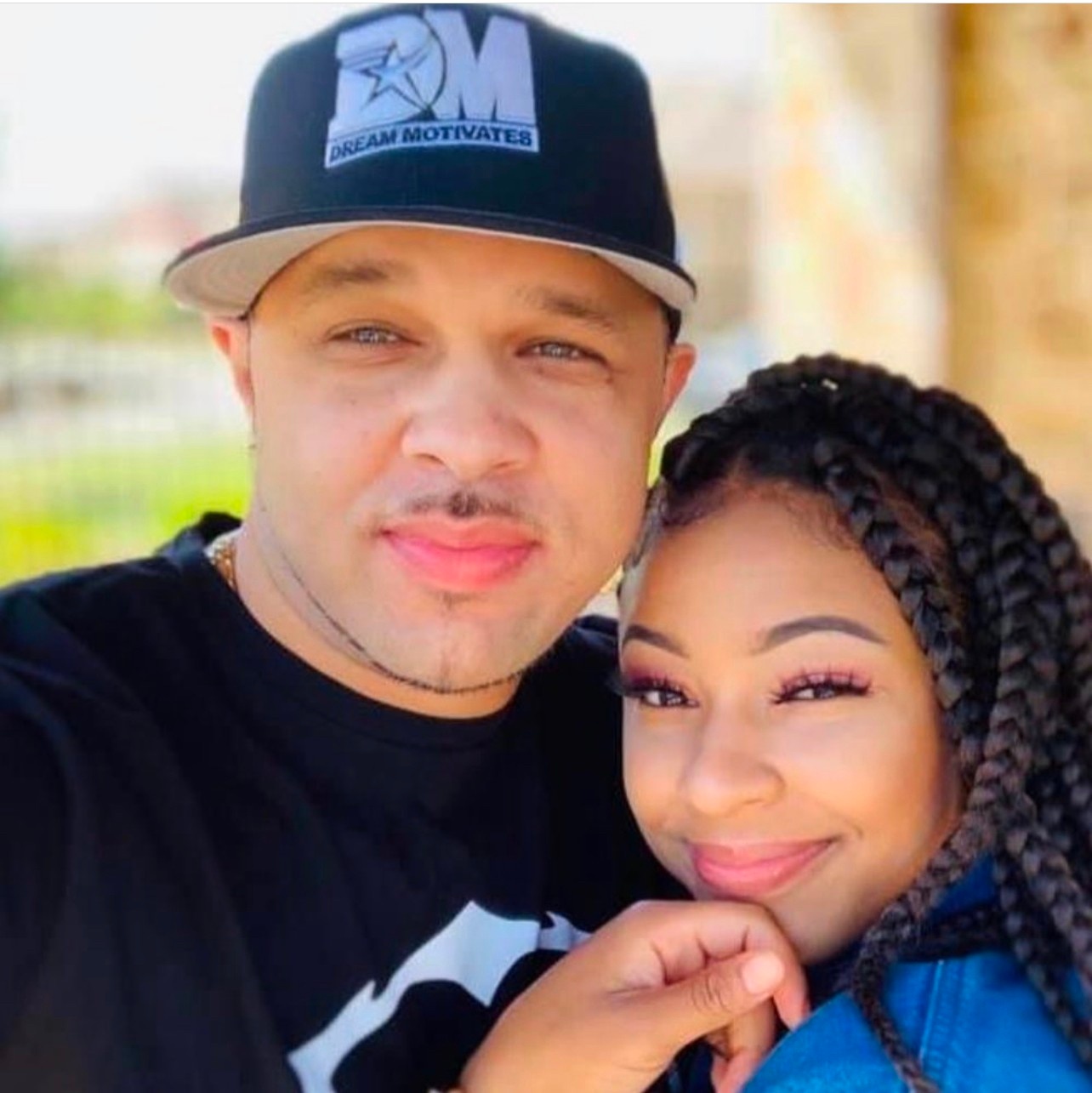 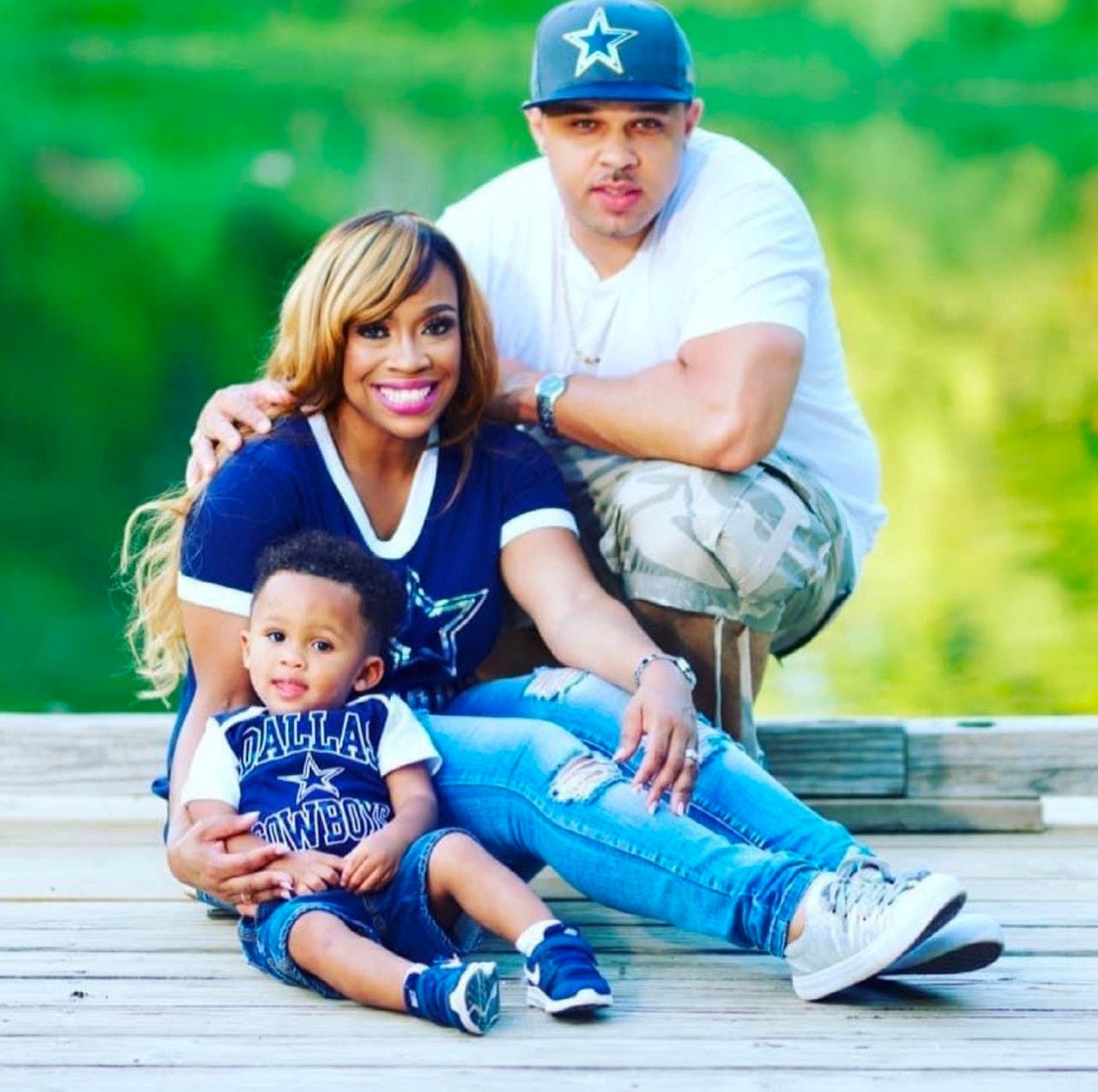 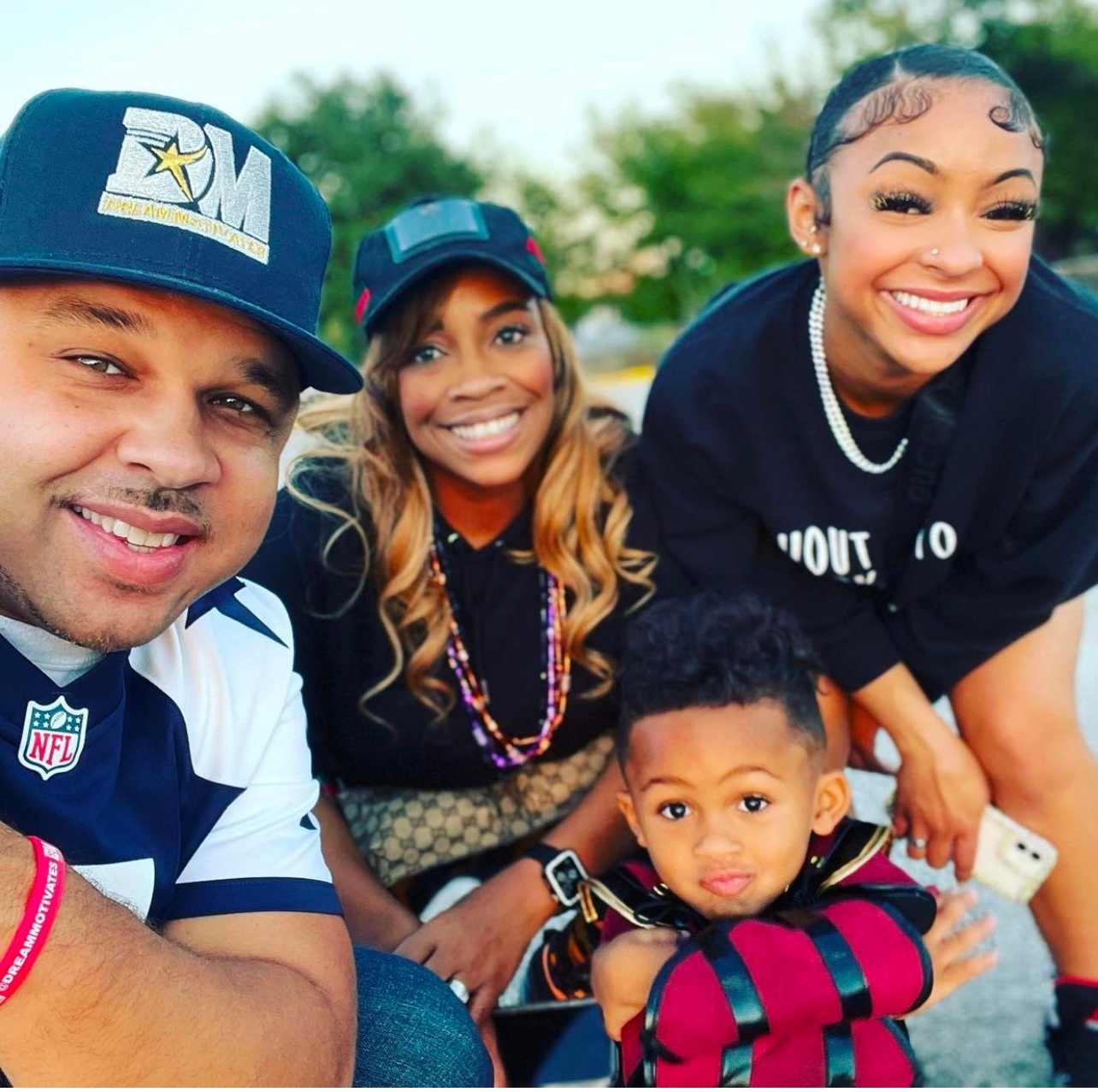 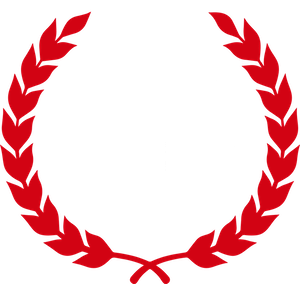 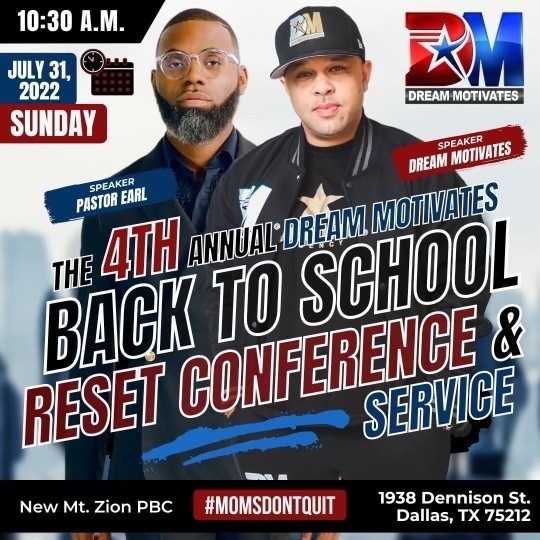 Single mothers...The 4th Annual Back to School Reset Conference is set! Join Dream along with Pastor Earl at New Mt. Zion PBC for some motivation, fun and much needed supplies!